A highlight of the MIT Sloan Master of Business Analytics curriculum is the Analytics Capstone Project, which gives students an opportunity to work on real-life data science problems with industry practitioners. All students receive a $22K+ tuition offset as a result of their participation.

MIT Sloan MBAn Class Profile brings together diverse students with different goals in its portfolio. Over a period of seven months, students work in teams of two with sponsor organizations around the United States and abroad. In January, the student teams are matched with host organizations and assigned dedicated faculty advisors. From February to May, students work on the projects on campus at MIT, meeting regularly with their faculty advisor and the host organization. In the summer, students travel to the host organization for a full-time summer internship. Finally in August, upon completion of the summer internship and submission of a final report and presentation, students earn their formal degree.

MIT Sloan Master of Business Analytics is for people who see the possibilities and the power of using data to support decision making. Detailed, precise thinkers who know that good business depends on getting – and understanding – reliable information.

MIT Sloan Master of Business Analytics will develop the ability to identify, collect, analyze, interpret, and transform data to drive value and innovation. You’ll use Python and R, as well as standard data science libraries and tools.

The West Coast Trek is an opportunity for students to explore and understand the data science industry firsthand. During this immersive experience, analytics students meet with industry leaders who represent some of the most prestigious companies in the world. By trip’s end, students leave with a clearer idea of the various career paths and working environments they can expect once they leave MIT Sloan. This week-long trek includes networking events with alumni and industry leaders, visits to companies from Seattle to Silicon Valley, and the opportunity to connect socially with peers. 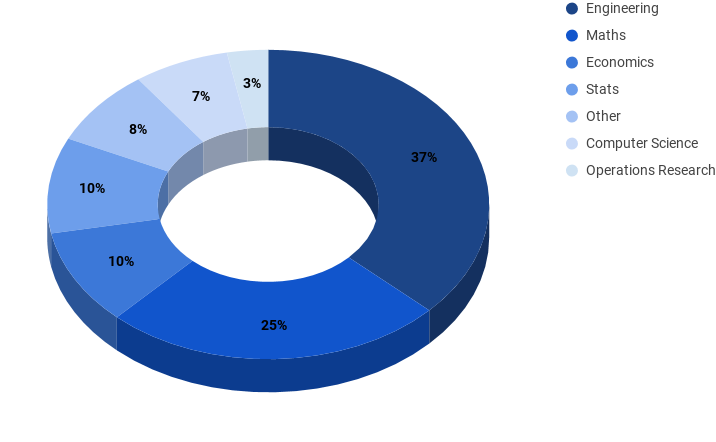 MIT Sloan graduates are automatically connected to a network of more than 24,000 MIT Sloan alumni and more than 136,000 MIT alumni—successful leaders and innovators in a wide range of industries and fields worldwide. In more than 95 MIT Alumni Association Clubs (in more than 40 countries) around the world, fellow alumni foster close connections to one another and to MIT Sloan. 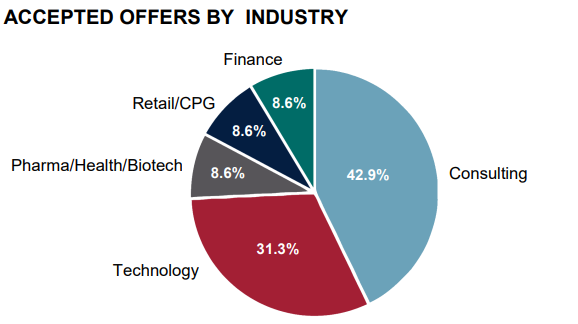 *Includes summer 2021. After a $22,000 offset by the Analytics Capstone sponsor, the tuition cost to the student is $60,368.** If applying for loans, living allowances are spread over two academic years and therefore would require two applications.

The Aker Scholarship is a grant awarded to Norwegian students pursuing the MFin [or MBA, MBAn] at MIT Sloan. MIT is one of the selected few universities to receive this scholarship. Funding is available to Norwegian students and those with strong ties to Norway who are accepted into post-graduate degree programs. The scholarship will supplement any other funding to cover the full cost of study and living expenses. For more information and to apply, visit the Aker Scholarship website.

Instituto Ling’s fellowships are open to all Brazilian students who have been accepted to top schools. Required documents include the candidate’s CV, GMAT results, admission letter from the university, and the application, including essays. The candidate must provide information on his/her family’s financial condition in order to prove financial need. The candidate’s leadership skills and affinity to Instituto Ling’s values are also evaluated.

The Legatum Center for Development and Entrepreneurship offers financial assistance to select entrepreneurial graduate students at MIT. Their application process is separate from MFin Admissions. The fellowship is open to all MIT graduate students who demonstrate a commitment to starting a business in a low-income country after graduation. Please visit the Legatum Center website for more information and to apply.

Please describe a time when you took responsibility for achieving an objective. (500 words or less, limited to one page)

I work with Custom Pharmaceutical Services (CPS), a strategic business unit of Company 1, operating in the Contract Research and Manufacturing (CRAMS) space. In this business Customer Information security and confidentiality play a critical role in the client’s outsourcing strategy.

CPS’s management was highly concerned about the customer trust that Company 1, with its image as a “generic company” might inspire. Hence, to counteract this perception it was decided to make our information security systems compliant to international information security standards.  It was a tough ask as this exercise had not been attempted before in Company 1 and our management had placed this project on high priority. As I was working closely with our business unit head at that time, I was a part of the initial discussions on this initiative. I understood immediately that this project would be a great opportunity to work within a cross-functional team and exhibit my leadership potential. I expressed my interest in taking this initiative through and my business head, being impressed with my enthusiasm entrusted me with this responsibility. I was nominated as the Project Manager for Information Security Management System (ISMS), ISO 27001:2005 standard implementation.  My key deliverable was to make our information security systems ISMS complaint within six months. After selecting and organizing a 26-member cross-functional team for ISMS implementation, I realized that as first-timers to information security protocol, we needed to acquire an understanding of standard procedures. To address this difficulty, I arranged for professional training providers and later worked with them to create a customized internal training program. Later I set up a curriculum and a team of internal coaches to train my team on fundamentals of standard protocols.

I realized we needed to assess overall awareness of information security at CPS and to discover areas where this understanding could be improved. I collaborated with our Information Technology staff to volunteer to work on online surveys. We got positive results and a 900-strong organization was conversant with basic ISMS requirements and was aware of the corrective and preventive actions that a confidentiality breach entailed. Since each member was involved in multiple projects, motivating them to schedule their regular tasks around ISMS demands was challenging. On unfamiliar terrain and with a tight deadline we were required to work seamlessly. One of the ways I motivated my team was to ask them to take a step back and look at the bigger picture. In January 2009, we were accredited by Organization XYZ for Information security management standard ISO 27001:2005. With this, we became India’s first Pharmaceutical business to get this certification, a definitive competitive advantage. Our team was honored with the “Best Teamwork” award at the annual awards ceremony.

Over the course of this project execution, I discovered that I had a gift for driving a large group of people towards a shared purpose. I realized that when I am pushed I do better; I push boundaries and do not confine myself to the job responsibilities.

Please describe a time when you convinced an individual or group to accept one of your ideas.

In my third year of college, I decided to contest Student Union elections for the post of General Secretary. I wished to take up this role as I was deeply interested in representing the interests of the student community effectively to the administration. Nominating myself for general secretary required me to harness the support of wide sections of people and ensure that my candidature was a popular choice. The formation of my campaign team was preceded by a lot of interactions where I had to convince my peers of the merits of my nomination and my manifesto. The task was challenging since it meant convincing not only my batch mates and junior students but also senior students who were more aware of the issues since they had spent more time on the campus.

I realized that the biggest pain point for students’ community was the power outages while villages surrounding campus were reeling from drought-induced water shortages. I put an initiative to sensitize the student population about water and power conservation measures and increase awareness of eco-friendly practices. Initially, this manifesto promise met with skepticism from the election commission and from fellow contestants. During the election debate, an event that is eagerly followed by the electorate on the eve of the election to make an informed choice using their votes, my proposal was put to the test. I decided to use this platform as an opportunity to convince the student community of the necessity of this initiative and of the fruits it would accrue.

I fielded various questions put forth by the election commission panel, by my opponents and by the audience that probed the viability of this idea, the plan of action that I had visualized, and my willingness to follow it through. My performance at the debate combined with my campaign team’s efforts garnered support and approval for this initiative. Though I lost the elections narrowly due to political reasons, I approached the winning candidate to get it implemented in his tenure. I convinced him by showing value in my proposal and assured him that I would take complete ownership of the project. We started out by pasting small “switch off” posters in common rooms, hostel rooms, and near bathrooms and screening awareness videos during cultural events. Gradually our effort gathered momentum and we held membership drives and reach-out sessions on a regular basis.

My determination to see change happening in my student community would not have crystallized into action had it not been for my efforts to get my fellow students to see the larger picture. Inspired by the prospect of positive changes I had envisaged, the members of subsequent batches ensured that it grew significantly in proportion and purpose after I graduated. This initiative has grown into NGO ABC, an NGO that has spread its roots into college campuses across India. As one of the founders, I take pride in my persistence in bringing about an attitudinal shift in my community.

All applicants admitted to the MBAn program will be required to interview, but interviews are by invitation only. An invitation to interview signals that your application has reached an advanced stage of consideration, but does not guarantee admission.

The interview is both behavioral and technical.  As part of the technical interview students may be asked math, probability, statistics and/or computer science questions relevant to fields of data science and analytics. Students will also be asked behavioral questions that help us to learn more about their work with a team, make decisions, and solve problems.

Those invited to interview will be asked to submit a response to the following question, prior to the interview: Please describe a recent analytics/data science project that you have worked on and include up to three presentation slides which best represent your work. The slides may include data visualization examples, but must be uploaded as a PDF. The project presentation slides must be in English. Details for submitting your response will be included in the interview invitation. The interview duration is 45-60 minutes. 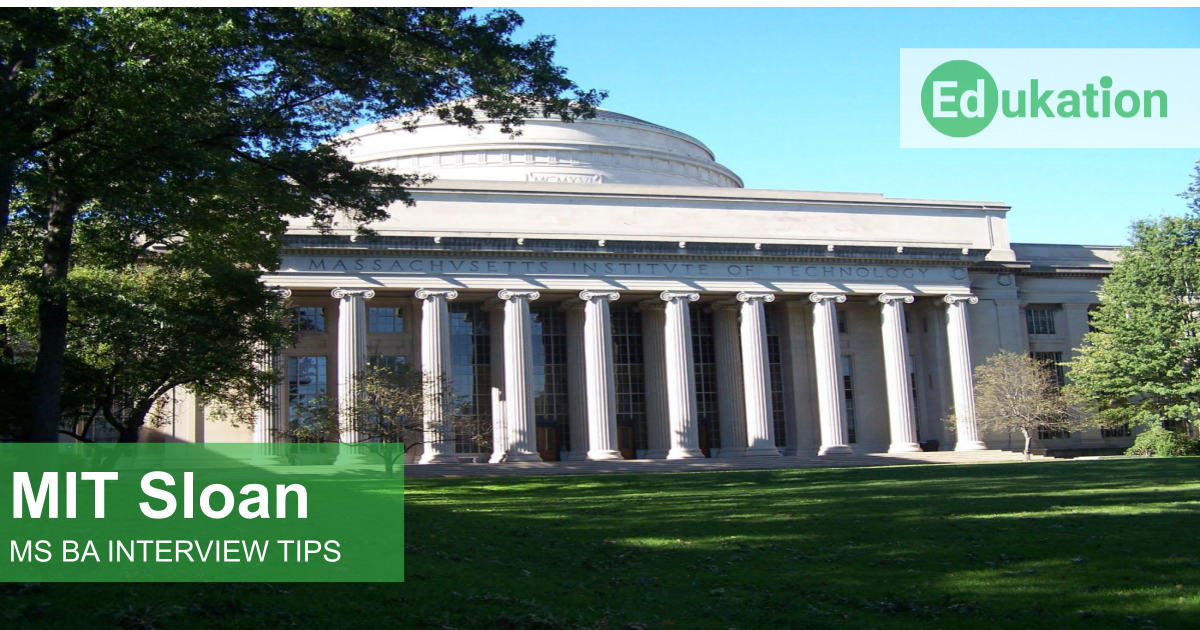