The Cambridge Master of Finance program is for people who want to work in a complex environment: ambitious, disruptive future leaders who want to focus in systemic thinking.

The Cambridge MFin will provide the tools to broaden your finance knowledge and develop your professional skills. You will emerge with the knowledge, confidence, and connections to break through to the next stage of your finance career.

In groups, students produce an equity research report with a valuation, recommendation and analysis of risk. The report is designed to advise on the investment potential of that company and make an active recommendation to buy or sell shares in the company. The team present their results to a group of actual investment managers and equity analysts.

In teams, students spend a month working on a project for a client on a financial consulting topic. This provides students with the opportunity to complement their existing professional experience with the new knowledge they have acquired on the programme, while gaining hands on experience working on a real assignment for a host company. In previous years, GCPs were hosted by such companies as Amadeus Capital Partners, Barclays, BlackRock, BNY Mellon, Citigroup, Invesco, and the World Bank Group.

This programme is intended to train students in financial model building best practice through a series of hands on exercises including the construction of a fully integrated model from scratch.

In the summer, you must undertake one of the following activities

• An Individual Project.
• Bespoke project opportunities with our corporate partners may be available
• A choice of a number of elective courses.
• An internship or work placement. Students source their own internships based on their areas of interest.
• A summer programme at Tsinghua University, PBC School of Finance, China (please note that places are limited

Students are also required to complete a 1,500 word end of year report, reflecting on their MFin experience and learning outcomes.

Run by MBA as well as MFin students, it exists to complement the Judge Business School experience by fostering interactions between students, companies and other business schools. The CBSC enables students to connect with each other, the business school, the local community, and the world at large; through organising business, social, sports, cultural and community events.

The Cambridge University Finance and Investment Society (CUFIS) is the largest finance and investment society at the
University of Cambridge with over 2,500 members. Founded in 2001, the club invests a £28,000 fund (the Relative Return Fund) directly in capital markets. The club arranges events for sponsoring Banks and Finance houses; and organises various workshops in Investment Banking, Sales and Trading, Private Equity, Venture Capital, Hedge Funds,
and Investment Management.

Cambridge Judge Business School’s alumni network allows students to keep in touch with fellow students and the School after graduation. This growing network also offers mutual support for students at the School. Cambridge holds a number of networking events throughout the year, with alumni currently working in finance. There are over 400 MFin alumni working in more than 40 countries around the world. Cambridge alumni work in a large number of different finance areas, functions, and top global companies. The MFin programme team helps to organize various local alumni gatherings around the world. For more information please see the Meet us page. 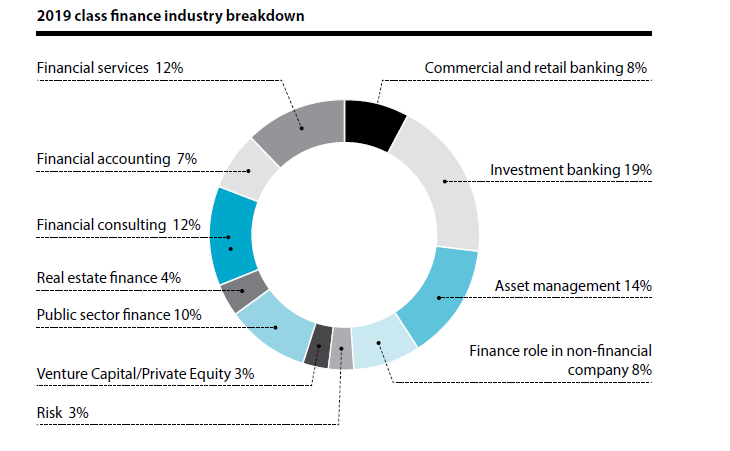 Applications for September 2020 are now open.

* This includes the college fee which was previously listed separately.

Describe a situation where you had to work jointly with others to achieve a common goal. What did you learn from the experience?

I was assigned as a consultant to a project team looking at reducing insurance claim cycle time. The team was comprised of an additional consultant who together we had to review the analysis done by an analyst, draw conclusions, and prepare the presentation with our proposed solution for the project manager to deliver.

The analyst was relatively young. Although an experienced consultant already trained him on a previous project, his lack of experience showed and some of his deliverables fell short of expectations.

I offered to re-distribute the work. While the second consultant and the PM would focus on the proposed solution and the presentation, I would mentor the analyst and focus on analyzing existing processes. The team agreed, knowing that we would have to put extra time in order to save the project. I reviewed with the analyst the required deliverables and we performed the analysis together while ensuring he understands the requirements for future engagements.

Eventually, the client accepted our recommendations, and the insurance claim cycle time improved by 15% as anticipated. It was extremely satisfying to see the benefit of real teamwork. I learned the importance of clear guidance, mutual support, and flexibility in task assignment.

What did you learn from your most spectacular failure?

While a Product Manager at _____, I began planning to launch a new hair-care product, which I forecast would become the biggest growth engine in the hair care category in my country.

After three months, we were ready, on time, to launch in May. This was crucial, as our major competitor was planning to launch a similar product in July. Then, mid-April, I learned that only half of the volume we had ordered would be ready in time. My manager suggested postponing, but with the competition breathing down our necks, I convinced him we must launch on schedule. The product’s success was beyond our imaginations. After 20 days we ran out, with no new stock expected for an entire month. Our distributors and clients lost confidence; the end-consumers felt deceived to have been offered a product and then told it was unavailable. It was an enormous failure.

However, I learned the importance of listening carefully to warnings, and that however much I might want something, I must do thorough due diligence before acting, and know when to stop, re-evaluate and start again – lessons that have since helped me succeed in other projects.

Judge contact students directly via email to let them know and to arrange the interview. Interviews take place on a set day every month and in most cases, the interviews will take place in Cambridge or via video. In some instances, it is possible for interviews to be conducted off-site.  Students can discuss this with the Admissions Officer once shortlisted.

Interviews will be conducted by the MFin Director or other members of the Finance faculty. Candidates who attend the interview in Cambridge will get the opportunity to meet with faculty, MFin staff and have a tour of the facilities at Cambridge Judge Business School. The interviews tend to last between 30-60 minutes. While interviewees can receive a wide variety of interview questions, the interview’s main focus is determining if the applicant will perform academically and contribute to the Cambridge Judge experience. 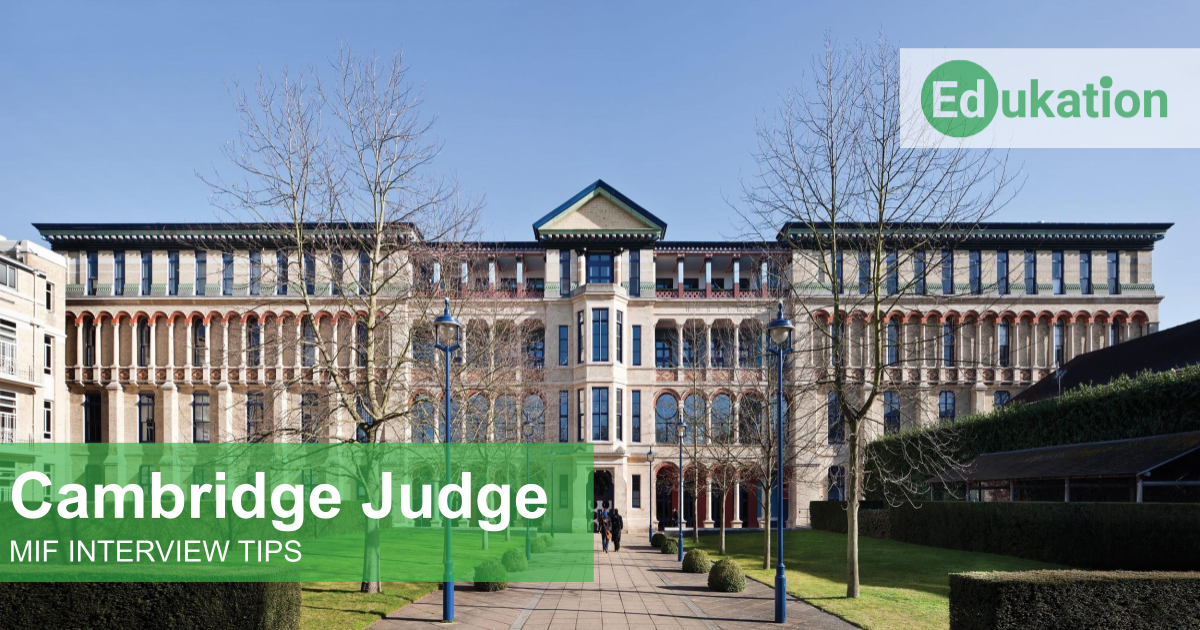